Agora - A Marketplace of Ideas 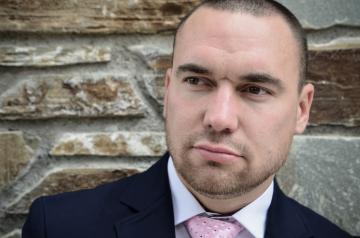 Oxford alumnus Aaron James Wendland has this month launched his new philosophy column in the New Statesman. Aaron completed his DPhil at Somerville College in 2014 under the supervision of Stephen Mulhall, and is now Assistant Professor of Philosophy at the Higher School of Economics. Aaron is also the co-editor of Wittgenstein and Heidegger (Routledge, 2013) and Heidegger on Technology (Routledge, 2018), and has written various articles on Kant, Hegel and others, as well as publishing several popular philosophy pieces in publications such as The New York Times and Public Seminar.

Agora - A Marketplace of Ideas is a popular philosophy column to address current social, political and cultural issues in a philosophical context, bringing the wider public into the debate (using 'agora' as Greek for 'gathering space') . His first article, 'Philosophy must be dragged out of the ivory tower and into the marketplace of ideas' has now been published online by the New Statesman. As part of the Agora series, Aaron will also publish pieces from the academic community and so far, readers can enjoy 'I was no-platformed. Here’s why it’s counterproductive' by Jeff McMahan (Oxford University's White's Professor of Moral Philosophy) and 'In the post-truth world, we need to remember the philosophy of science' by Timothy Williamson (Wykeham Professor of Logic, also Oxford).

The column will run each week, and readers can also follow Aaron on Twitter (@ajwendland) for updates on his publications and work.