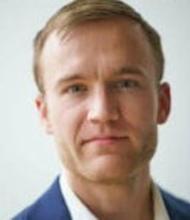 I studied Philosophy and Political Science at Washington University in St. Louis, and then did my PhD in philosophy at MIT.  I will be a fellow by examination at Magdalen until January 2021, when I will start an assistant professorship in the philosophy department at the University of Pittsburgh.

“Evidence: A Guide for the Uncertain.” (Forthcoming). Philosophy and Phenomenological Research.