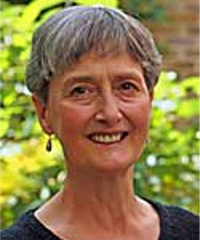 Director of Studies in Philosophy
Department for Continuing Education
marianne.talbot@philosophy.ox.ac.uk

Marianne Talbot has been Director of Studies in Philosophy at Oxford University’s Department for Continuing Education since 2001. Before that she lectured for Brasenose College (1990-2000), and Pembroke College (1987-1990). The Department for Continuing Education caters for part-time students - anyone who is interested in ‘lifelong learning’. We do weekly classes, weekend schools, summer schools and short online courses in philosophy. These are open to anyone. Marianne is delighted to be working for OUDCE because she was herself a mature student who started her philosophical career with the Open University.  Two of Marianne’s podcasts (A Romp Through the History of Philosophy and The Nature of Arguments) have been global number one on iTunes U. Her podcasts have been downloaded over 5 million times. The series on critical reasoning has become the basis for a book and a short online course.

2011: Keeping Mum: Caring for Someone with Dementia, Hay House

1999: How to Write an Effective Mission Statement, How To Books

1998: ‘Against Relativism’, in Education in Morality, J.M.Halstead & T.McLaughlin (Eds.) Routledge

1997: ‘The Cultural Context of Values Education’ in Values and the Curriculum, D.Lawton

Podcasts of my lectures have been being made since 2008. They are released onto the Oxford University Site on iTunesU. Since 2009 I have been consistently in iTunesU’s top ten downloads. Two of my podcasts (A Romp Through the History of Philosophy, and The Nature of Arguments) have been global number one. The former has been downloaded two million times, the latter four million times. The Critical Reasoning series held every single one of iTunesU top ten download positions on 3rd May 2011. The podcasts can be found on www.mariannetalbot.co.uk or here: http://www.philosophy.ox.ac.uk/podcasts