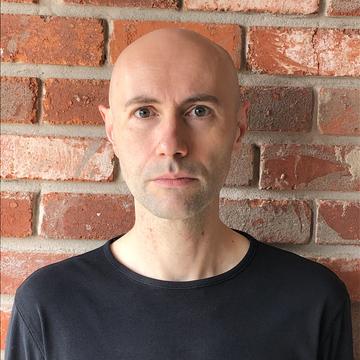 2022. ‘Dao as You? Dropping Proper Parthood in a Mereological Reconstruction of Daoist Metaphysics’, Journal of Chinese Philosophy 49:1, 97-105.

2016. ’Psychological Argumentation in Confucian Ethics as a Methodological Issue in Cross-Cultural Philosophy’, Dao: A Journal of Comparative Philosophy, 15:4, 591-606.

My research interests include Chinese philosophy, comparative philosophy, and mereology. I am currently Principal Investigator of two projects: “Mereological Reconstruction of the Metaphysical System in the Daodejing” (acronym: MEREODAO, ERC Starting Grant 2019) and “Li Zehou’s Aesthetics as a Form of Cognition” (National Science Centre of Poland).

MEREODAO, which I run at Oxford Philosophy, is a mereological reconstruction of the metaphysical system in the Daodejing. The general motivation for the project is to fill the research gap in Chinese and comparative philosophy state of the art, where mereological as well as analytic reconstructions are scarce. The specific motivation stems from the fact that a mereological approach enables a precise reconstruction that (a) offers a comprehensive conceptualisation of the Daoist metaphysical system and (b) generates issues and plausible debates that have so far been absent from Chinese metaphysics. The project also hopes to offer (c) a possible contribution to contemporary mereological research, especially with regard to parthood status. In accordance with the latest mereological research, I will analyse the status of the two fundamental elements of Daoist metaphysics – dao and you – which I claim can be reconstructed as two different mereological sums determined by atemporal unrestricted composition and temporal restricted composition respectively. This relation will be reconstructed as causality. Next, I will proceed to a detailed reconstruction of the whole system, which will show, inter alia, that a new conception of parthood is needed. I will also discuss the reconstruction in terms of locative relations.