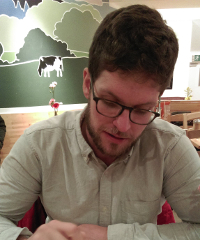 I’m a philosopher of mind/cognitive science who is working towards a DPhil at the University of Oxford (St Anne’s college). From September 2017 until June 2018 I'll be a Procter Fellow at Princeton University, NJ.

I'm particularly interested in perception, social cognition and cognitive architecture. My thesis combines all three of these interests by exploring the role that perceptual processes play in our understanding of observed action. I have wider interests in philosophical methodology, the philosophy of language and epistemology.