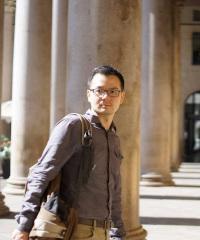 I am a DPhil Candidate studying philosophy in Balliol College, University of Oxford. Prior to my DPhil study, I completed my BPhil degree in Oxford (this time at The Queen’s College) and my B.A. degree in Philosophy and LL.B. degree in Law back in National Taiwan University. My main areas of interest are metaethics, philosophy of action, and the study of normativity and rationality in general.

My research therefore deals with the following topics: the nature of instrumental rationality, the structure of rational agency, constitutivism, subjectivist accounts of normativity, the nature of motivating state and the structural requirements on it, and the function and the stability of intention.