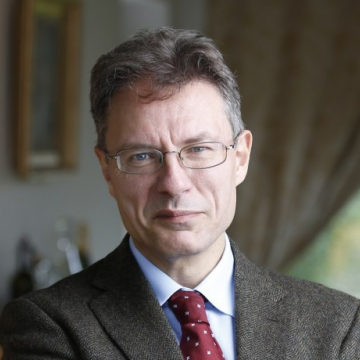 Prof Luciano Floridi has been awarded one of Italy’s most prestigious academic prizes, Premio alla Conoscenza 2018.

Premio alla Conoscenza – which translates as ‘Knowledge Award’ – is the most celebrated scientific prize within Italy’s university system. It is made by the Italian Association of University Rectors (CRUI), Italy’s equivalent to the UK’s Vice-Chancellors.

Professor Floridi is Professor of Philosophy and Ethics of Information at the Oxford Internet Institute, Director of the Digital Ethics Lab, chair of AI4People, and Chair of the Advisory Board of the UK’s new Parliamentary Commission on Technology Ethics, which was set up in the wake of the Cambridge Analytica controversy. His research areas include the philosophy of information, information and computer ethics, and the philosophy of technology.

Professor Floridi wrote on Twitter that he was ‘deeply honoured’ to receive the award, which he will collect at a ceremony at the Palazzo Garzolini di Toppo Wassermann in Udine on 27 June. Professor Floridi will give his lectio magistralis at the ceremony, discussing ‘The Future of Democracy in the Digital Age’.

Congratulations to Professor Luciano Floridi, who has received the 2018 Thinker Award from IBM in conjunction with IBM’s thinkMagazine.

Professor Floridi, Professorial Fellow of Exeter College and Professor of Philosophy and Ethics of Information at the Oxford Internet Institute, received the award in recognition of his research in digital ethics. Afterwards he thanked IBM for the award and said that he was ‘honoured and truly delighted’.

Professor Luciano Floridi, Professorial Fellow of Exeter College and Professor of Philosophy and Ethics of Information at the Oxford Internet Institute, has been appointed as a member of the new European Union Commission High-Level Expert Group on Artificial Intelligence.

Following an open selection process, the Commission has appointed 52 experts to the Group, comprising representatives from academia, civil society, and industry.

The Group will have as a general objective to support the implementation of the European strategy on artificial intelligence (AI). This will include the elaboration of recommendations on future AI-related policy development and on ethical, legal and societal issues related to AI, including socio-economic challenges.