The Placement Record is set up to show appointments made in any given academic year (irrespective of whether the job started in that year or later). Note also that the first appearance of a student in the placement record does not necessarily coincide with the year they graduated. The student’s graduation date (i.e. the year during which they received Leave to Supplicate for the degree of DPhil in Philosophy) is identified in brackets after the student’s name and before their Areas of Specialisation (AOS). In line with UK government legislation (GDPR), the placement record only includes placement details of students/alumni from whom we have received written permission to publish their placements.

Tushar Menon (July 2019; AOS: Philosophy of Science, Philosophy of Physics): Associate Member of the Faculty of Philosophy, University of Oxford (from January 2019)

Will Davies (December 2012; AOS: Philosophy of Mind and Cognitive Science): Lecturer in Philosophy, University of Birmingham (from January 2017)

Matthew Liao (April 2001; AOS: Ethics, Bioethics): Senior Research Fellowship and the Deputy Directorship of the Programme on Ethics of the New Biosciences, University of Oxford (also received tenure-track offers from the Universities of Kansas and South Carolina).

Among the 69 students who completed DPhils between 2000 and 2005, 45 were known to be employed in academic positions at the beginning of the academic year 2005-06 and 2 additional students, who had not yet defended their theses, had already obtained permanent posts. 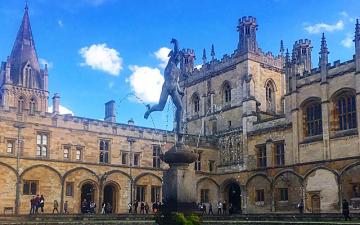