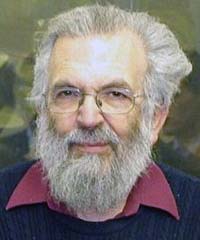 Joseph Raz was born in 1939 in Mandate Palestine. Encouraged in his youthful intellectual pursuits by his father, an electrician, he grew up in a house with no books except his own. Raz studied law at the Hebrew University in Jerusalem, where he impressed the great Oxford legal philosopher, H.L.A. Hart, with perceptive criticisms of an invited lecture that Hart had delivered. Raz subsequently came to Oxford to work under Hart’s supervision, completing his doctorate in 1967. He then took up a tutorial fellowship in law at Balliol College in 1972, and went on to hold a personal chair in the philosophy of law (1985-2006), and then a research professorship (2006-2009). In the latter part of his career he also held posts at Columbia Law School and King’s College London.

The author of works including The Concept of a Legal System (1970), Practical Reason and Norms (1975), and The Authority of Law (1979), Raz was one of the three or four leading legal philosophers of the last hundred years. Along with John Rawls, he was one of the two most significant political philosophers in the liberal tradition since John Stuart Mill. Together with H.L.A. Hart, Ronald Dworkin, and John Finnis, Raz firmly established Oxford’s pre-eminence in legal philosophy for over half a century. In legal philosophy, Raz succeeded Hart as the torch-bearer of legal positivism. One bone of contention in the multi-faceted quarrel between legal positivists and natural lawyers is whether moral judgments are necessary in determining the existence and content of laws. According to the original version of legal positivism championed by Raz, the existence and content of legal norms is always exclusively a matter of social fact – e.g., of what has been laid down by legislatures or judicial decisions - rather than moral evaluation.

Contrary, however, to a widespread caricature of legal positivism, Raz’s position was not premised on a subjectivist conception of value. His influential ‘service conception’ of the authority of law held that law was morally binding on an individual if they were more likely to conform with objective reasons that apply to them - for example, about which side of the road to drive on, or the handling of hazardous chemicals - by obeying the law, rather than by following their own judgment. Raz’s legal positivism was an outgrowth of this essentially Platonic-Aristotelian account of legitimate authority. This is because he believed that law cannot meaningfully claim the authority that it does if the identification of its norms required the making of normative judgments about precisely those matters that the law was supposed to have authoritatively settled.

Raz’s writings on legal philosophy achieved a level of intellectual depth and rigour that was historically unprecedented. Yet it is his contributions to political philosophy, especially his seminal The Morality of Freedom (1986), that are most likely to be of enduring significance. The Morality of Freedom not only elaborated his service conception of political authority, it also developed a powerful version of perfectionist liberalism, according to which the aim of the liberal state is to promote the flourishing of its members. Raz’s distinctively liberal take on this broadly Aristotelian thesis consisted in his emphasis on individual autonomy as a vital component of personal well-being. Raz’s perfectionist liberalism, with its pluralistic and objectivist conception of well-being, is the main liberal rival to the widely influential Rawlsian idea of liberalism as premised on neutrality about the human good.

A remarkable feature of Raz’s career is that he contributed at the highest level for almost five decades to debate across a diverse range of topics in moral, political, and legal philosophy. These topics included practical reason, the rule of law, well-being, rights, and meta-ethics. Raz was striking in the way he combined an intense commitment to philosophical inquiry with an unpretentious and informal personal style. He could be severe in his judgments, especially when confronted with what he perceived as intellectual sloppiness. But his fierceness mellowed over the years, perhaps in response to his growing fame, or just the temper of the times. His dedication to teaching was legendary, as evidenced by the large number of legal and political philosophers who studied under him, such as John Gardner, Les Green, Timothy Endicott, Aileen Kavanagh, and Julie Dickson, among others.

Joseph Raz died on May 2nd 2022 in Charing Cross Hospital after suffering a heart attack a few days earlier. He leaves behind his long-term partner, Penelope Bulloch, and his son Noam Raz, an architect based in Sydney, Australia.