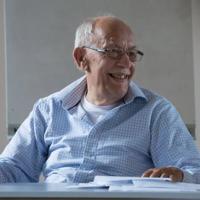 The Faculty is greatly saddened by the death on 31 December of Michael Inwood.

Michael was born in 1944.  He studied classics at University College, where he graduated in 1966. A year later he was appointed a Fellow of Trinity College, where he remained until his retirement in 2011. His philosophical interests ranged widely, but he was especially well known for his work on Hegel and Heidegger and in ancient philosophy. He had an exceptional capacity, not only for engaging with what was deep in these notoriously difficult philosophers, but for doing so in a way that rendered its depth accessible.  He had a wonderful knack for finding instructive examples that were simple enough to make the most abstract ideas compellingly concrete, but not so simple as to belie them.

Throughout his time as a Fellow of Trinity College, he also contributed a huge amount to the Faculty, or rather to the Sub-Faculty as it was for most of that time. He played a particularly active role in examining. This was partly because his specialisms equipped him to examine in subjects that few others could. For many years he served as the convenor of all and only those convenors who did not convene themselves—a contradiction that he was somehow able to take in his Hegelian stride.

Anyone who cherishes the Oxford teaching system will know that Michael was the very epitome of what makes it worth cherishing. He was a dedicated tutor and supervisor, and he inspired countless students to great things.  His students adored him. They appreciated his kindness, his preparedness to understand what they were trying to say, and of course the rigour and breadth of knowledge that he brought to bear on whether it was something worth saying.

Among his lesser known outside interests were writing comic fiction and playing chess. (He especially liked playing chess computers, something that he apparently did first thing every morning.) Better known was his room in College, which was thought to be by many, despite fierce competition, the most chaotic room in Oxford. Piles of books occupied almost every space, and it is rumoured that many admissions interviewees thought that finding their way to a chair meant negotiating some sort of obstacle course that had been especially devised to test them. But he will be best remembered for his fierce intelligence, his sense of humour, his humility, his disdain for all kinds of affectation, and his endearing warmth.