Adrian Moore: A History of the Infinite 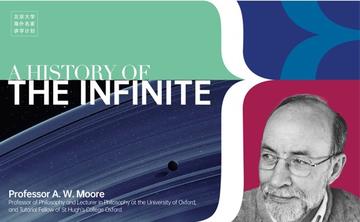 A.W. Moore is Professor of Philosophy and Lecturer in Philosophy at the University of Oxford, and Tutorial Fellow of St Hugh’s College Oxford. He studied philosophy as an undergraduate at King’s College Cambridge, and did postgraduate work at Balliol College Oxford, where he obtained his doctorate under the supervision of Michael Dummett. He has held teaching and research positions at University College Oxford and King’s College Cambridge. Since 2003 he has been Bernard Williams’ literary executor. From 2014 to 2015 he was President of the Aristotelian Society. Since 2014 he has been philosophy delegate of Oxford University Press, and since 2015 he has been joint editor, with Lucy O’Brien, of MIND. He has published five books, and edited or co-edited four more. The most recent of these are, in a third edition, The Infinite (Routledge, 2019) and Language, World, and Limits: Essays in the Philosophy of Language and Metaphysics (Oxford University Press, 2019).

Further information can be found here.