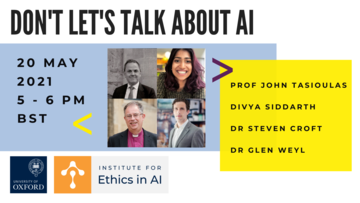 The dominant vision of an artificial intelligence-powered future underlying much public communication and research direction involves large-scale autonomous systems outperforming humans in an increasing range of fields. This vision fundamentally misconstrues intelligence as autonomous rather than collective and social. It is both unproductive and dangerous, optimizing for artificial metrics of human replication, rather than for systemic augmentation, and tending to concentrate power, resources, and decision-making in a tiny minority, an approach that has failed through much of human history.  Alternative visions based on complementing and augmenting human capabilities and cooperation have a long history critiques of AI and central planning more generally, and underlie the most widely celebrated digital technologies such as personal computers, the internet and Wikipedia.  Researchers and funders should redirect focus from centralized autonomous general intelligence research to a plurality of both emerging and well-established approaches that extend this tradition and are core to across recent successes, from digital democracies like Taiwan, to collective intelligence platforms like Wikipedia. We append a list of concrete recommendations and survey of some of these alternative traditions.

Dr Glen Weyl works to collaboratively envision, design, experiment with and organize around next generation political economic institutions.  He serves at Microsoft’s Office of the Chief Technology Officer Political Economist and Social Technologist (OCTOPEST), where he helps design and implement technology ambitious corporate social commitments.  He is Founder and Chair of the RadicalxChange Foundation, a non-profit that coordinates a global social movement for social technology.  Previously he was 2007 Valedictorian of Princeton University, received his PhD in economics from there in 2008, was Junior Fellow at the Harvard Society of Fellows, Assistant Professor of Economics and Law at University of Chicago, co-author with Eric Posner of Radical Markets: Uprooting Capitalism and Democracy for a Just Society and co-author and technical lead of the Edmund J. Safra Center Rapid Response Task Force on Covid-19 that was a foundation of the Biden administration’s covid-19 response plan. In 2018, he was one of Bloomberg Businessweek’s 50 most influential people, WIRED’s 25 people shaping the next 25 years of technology and Coindesk’s 10 most influential people in blockchain.

Divya Siddarth's work covers a broad range of research and applications in the space of democratized technology, decentralized governance, and online and offline collective participation processes. Her current focus is around promoting and preserving the digital commons, building the technology and policy infrastructure for data collaboratives, and devising frameworks for collectively-focused, rather than centrally concentrated, AI. She is an affiliate of the RadicalxChange foundation and the Digital Civil Society lab, and Associate Political Economist and Social Technologist at Microsoft’s Office of the CTO.

Dr Steven Croft, The Rt Revd Dr Steven Croft became Bishop of Oxford in 2016 and was previously the Bishop of Sheffield.  He has been a member of the House of Lords since 2013 and a member of the House of Lords Select Committee on AI in 2017-18 which produced the report AI in the UK: ready, willing and able.  Later in 2018 he was appointed as one of the founding Board members of the UK Government’s Centre for Data Ethics and Innovation and in 2019 became part of the Ada Lovelace Institute project on Rethinking Data.  He is author of a number of books including Ministry in Three Dimensions (1999 and 2008).  “Rooted and Grounded”, faith formation and the Christian Tradition. (2019) and his most recent book is Comfortable Words: a call to restoration: Reflections on Isaiah 40–55 (March 2021) Bishop Steven’s blog is at https://blogs.oxford.anglican.org and Twitter (@Steven_Croft).