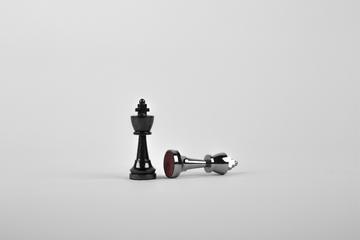 It has long been recognised that Wittgenstein's philosophy has important implications in ethics, and there is, by now, a considerable literature on this topic. In recent years, there has been particular interest in the ethical implications of the "new" or "resolute" reading of Wittgenstein's philosophy (see, e.g., Diamond 2019). However, attempts to develop the resolute approach beyond Tractatus exegesis (e.g., Mulhall 2007, Read 2020) have been highly controversial, even among resolute readers (Conant and Bronzo 2018). This paper aims to provide some clarity concerning one way of characterising what it might mean to be resolute in ethics.

The central ethical disagreement between resolute and traditional readers of Wittgenstein's work is that the former hold that there is a requirement to engage with others, where the latter are willing to be exclusionary. I show how this disagreement can be traced back to resolute Tractatus exegesis, which entails a commitment to anti-dogmatism: according to the resolute reading, nonsense cannot be exposed as such without an extensive consideration of the context of utterance (Bronzo 2011), which means that to understand whether or not there is sense in one's opponent's words, one must understand what prompted them to speak as they did. The central question I address is how far the ensuing requirement to engage reaches.

A tempting answer can be found in recent work by Rupert Read on community (Read 2021). Read contrasts communities which define themselves by what they are with communities which define themselves by what they are not. He argues against the latter conception, which provides the foundation for racist and speciesist worldviews, via a resolute reading of Wittgenstein's remarks on private language. According to Read, these remarks invite us to see an "endless requirement to look into the other's face" (p.225), which is to suggest that a good community is characterised by its willingness to engage, in some sense, with anyone. Read's work can be read as embodying a vision of human dignity according to which every human being deserves to be seen and heard.

This sort of cataphatic vision of human dignity, I argue, is impracticable, insofar as it is in danger of expanding to the point of vacuity. Is it never permissible to exclude someone on political grounds? Does somebody's demand to be heard always entail a requirement that we listen? I argue that these worries are best addressed by giving up the attempt to derive from the resolute reading a positive conception of what we owe to others. Instead, I advocate for an Anscombean conception (Anscombe 2005), which explicates human dignity in terms of absolute prohibitions. I show that such a conception is reconcilable with a resolute approach, while also accommodating the traditional reader's insistence that sometimes it can be right to exclude someone because they are wrong.

The talk will be in person, but if you require a Teams link then please email mariona.miyata-sturm@philosophy.ox.ac.uk or matt.rosen@new.ox.ac.uk.