Ethics in AI Colloquium | We, The Robots 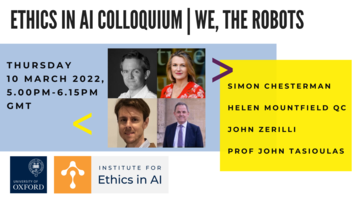 We, the Robots? Regulating Artificial Intelligence and the Limits of the Law

(forthcoming in 2021 from Cambridge University Press)

Should we regulate artificial intelligence? Can we? From self-driving cars and high-speed trading to algorithmic decision-making, the way we live, work, and play is increasingly dependent on AI systems that operate with diminishing human intervention. These fast, autonomous, and opaque machines offer great benefits — and pose significant risks. This book examines how our laws are dealing with AI, as well as what additional rules and institutions are needed — including the role that AI might play in regulating itself. Drawing on diverse technologies and examples from around the world, the book offers lessons on how to manage risk, draw red lines, and preserve the legitimacy of public authority. Though the prospect of AI pushing beyond the limits of the law may seem remote, these measures are useful now — and will be essential if it ever does. 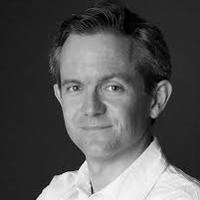 Simon Chesterman is Dean and Provost’s Chair Professor of the National University of Singapore Faculty of Law and Senior Director of AI Governance at AI Singapore. He is also Editor of the Asian Journal of International Law and Co-President of the Law Schools Global League.

He is a recognized authority on international law, whose work has opened up new areas of research on conceptions of public authority — including the rules and institutions of global governance, state-building and post-conflict reconstruction, the changing role of intelligence agencies, and the emerging role of artificial intelligence and big data. He also writes on legal education and higher education more generally. 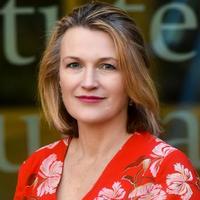 Helen Mountfield QC is Principal of Mansfield College Oxford, home to the Bonavero Institute of Human Rights,  and a barrister at Matrix Chambers, where she specialises in constitutional, human rights and equality law.   She has appeared in many leading cases, including representing  Big Brother Watch in the European Court of Human Rights,  advising Chris Wylie in the light of the Cambridge Analytica revelations, and the some of the leading Supreme Court cases on human rights and equality issues.

Helen’s interest in AI, algorithms and machine learning stems from her expertise in the application of equality and accountability principles to social developments in the use of algorithms and machine learning to make decisions which affect people’s lives.   She was co-chair, with Tom Watson MP of the Independent Commission on the Future of Work in the Digital Economy, and is now a trustee of the Institute for the Future of Work, where she chaired a task force on Equality Through Transition.  The task force recommended an Accountability for Algorithms Act, which she explained in an article for Prospect co-authored with Josh Simmons. She is also a trustee of the Equal Rights Trust. 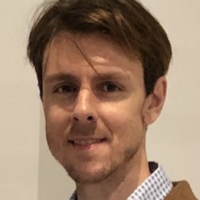 Dr Zerilli was the recipient of a Cambridge Commonwealth Trust scholarship to undertake the Cambridge LL.M. (2008), wrote the highest-ranking thesis of his year at Cambridge (2009), and won the Lucy Firth Prize (valued at $1000) for best publication in philosophy at Sydney University (2010). He was called to the Sydney bar in 2011.

Dr Zerilli has published numerous articles, canvassing law, political economy, philosophy, and cognitive science, and three books, of which the two most recent are The Adaptable Mind (Oxford University Press, 2020) and A Citizen's Guide to Artificial Intelligence (MIT Press, 2021). His published work appears in such journals as Philosophy of Science, Synthese, and Philosophical Psychology