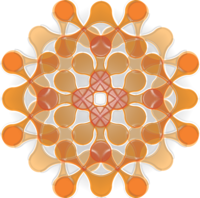 Join us at the Levine building Auditorium in Trinity College, Oxford. Tickets available from here.

Abstract: Analytic philosophy and speculative fiction are currently our primary intellectual resources for thinking seriously about ethics in AI. I propose adding a third: ancient social and philosophical history. In the Politics, Aristotle develops a notorious doctrine: Some humans are slaves “by nature” ­– intelligent but suffering from a psychological defect that renders them incapable of reasoning about their own good. As such, they should be treated as “animate tools,” instruments rather than ends. Their work must be directed by and employed for the advantage of others. Aristotle’s repugnant doctrine has been deployed for vicious purposes, for example in antebellum America. Yet, it is useful for AI ethics, insofar as ancient slavery was a premodern prototype of one version of AI. Enslaved persons were ubiquitous in ancient Greek society – laborers, prostitutes, bankers, government bureaucrats – yet not readily distinguished from free persons. Ubiquity, along with the assumption that slavery was a practical necessity, generated a range of ethical puzzles and quandaries: How, exactly, are slaves different from “us”? How can we tell them apart from ourselves? Do they have rights? What constitutes maltreatment? Can my instrument be my friend? What are the consequences of manumission? The long history of Greek philosophical and institutional struggle with these and other questions adds to the interpretive repertoire of modern ethicists who confront a future in which an intelligent machine might be considered a “natural slave.” 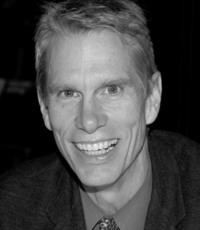 Professor Josiah Ober, The Markos & Eleni Kounalakis Chair in Honor of Constantine Mitsotakis and Professor of Political Science and Classics.

Josiah Ober, in the School of Humanities and Science, works on historical institutionalism and political theory, focusing on the political thought and practice of the ancient Greek world and its contemporary relevance. He is the author of a number of books mostly published by Princeton University Press, including Mass and Elite in Democratic Athens (1989), Political Dissent in Democratic Athens (2008), Democracy and Knowledge (2008). He has also published about 75 articles and chapters, including recent articles in American Political Science Review, Philosophical Studies, Hesperia, Polis, and Transactions of the American Philological Association.His new book on The Rise and Fall of Classical Greece will appear in Spring 2015, from Princeton UP.  It  documents and explains the remarkable Greek efflorescence of ca. 800-300 BCE, the Macedonian conquest of the late fourth century, and the persistence of economic flourishing into the Hellenistic era. Other work in progress includes a general theory of democracy, a study of rational cooperation and useful knowledge in Greek political thought.