Live Event: Institute for Ethics in AI Colloquium on AI and Work 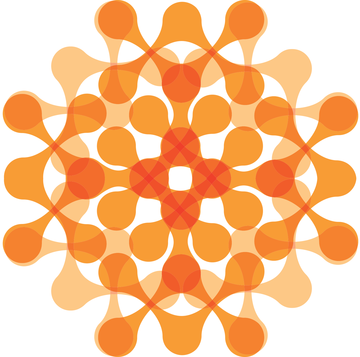 This event is also part of the Humanities Cultural Programme, one of the founding stones for the future Stephen A. Schwarzman Centre for the Humanities.

What is the likely impact of AI on work? And to what extent should the increased automation of the workplace lead us to re-examine our understanding of the place of work in a flourishing human life? Would a UBI (universal basic income) adequately address the prospect of a jobless future? What is the relationship between work and citizen dignity in a democracy?

David Goodhart is Head of Policy Exchange’s Demography, Immigration, and Integration Unit, and Director of the Integration Hub website. He is a former Director of Demos, and former Editor of Prospect magazine, which he founded in 1995. David is a prominent figure in public debate in the UK, as a well-known broadcaster, author, commentator, and journalist. He has presented several BBC Radio 4 Analysis programmes. Before Prospect, he was a correspondent for the Financial Times, including a stint in Germany during the unification period. In 2013, he published The British Dream, a book about post-war multiculturalism, national identity, and immigration. It was runner up for the Orwell Book Prize in 2014. In 2017 he published The Road to Somewhere: The new tribes shaping British politics, about the value divides in western societies, which was a Sunday Times best-seller.

Dr Rachel Fraser is a Tutorial Fellow at Exeter College, and an Associate Professor of Philosophy at the University of Oxford. Before coming to Exeter, Dr Fraser spent two years as a Junior Research Fellow at Peterhouse, in Cambridge; before that, She was a graduate student at Oxford.

Most of her work is in epistemology, philosophy of language, or feminist philosophy, and she is particularly interested in intersections of the three. Dr Rachel Fraser is in the early stages of planning a manuscript about the epistemology of narrative; at the moment, she is thinking a lot about narrative testimony and what might be distinctive about its epistemic dynamics.

Dr Daniel Susskind explores the impact of technology, particularly artificial intelligence, on work and society. He is a Fellow in Economics at Balliol College, Oxford University, and a Visiting Professor at King’s College London. He is the co-author of the best-selling book, The Future of the Professions, and the author of A World Without Work (January 2020), described by The New York Times as "required reading for any potential presidential candidate thinking about the economy of the future”. His TED Talk, on the future of work, has been viewed more than 1.5 million times.

Previously he worked in various roles in the British Government – in the Prime Minister’s Strategy Unit, in the Policy Unit in 10 Downing Street, and in the Cabinet Office. He was a Kennedy Scholar at Harvard University.