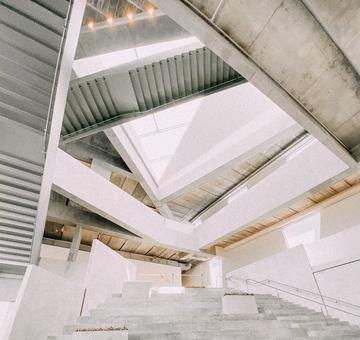 Abstract: This paper is concerned with a neglected argument against non-reductive physicalism, which depends on the general proof, established by Kim (1993: 68-71 & 149-155), that strong supervenience of A-properties on B-properties plus the idea that intensional equivalence of properties entails corresponding property identities implies the reductionist conclusion that for each supervening A-property there is a subvening B-property that it is identical to. While this kind of argument is widely discussed in meta-ethics (cf. Bader 2017; Jackson 1998; Streumer 2008), the standard view is that since physicalists should not accept strong supervenience of the physical on the mental they do not face this argument. One part of the paper shows that this is not so, since there is pressure on physicalists to accept strong supervenience; additionally, I present a novel argument from widely held ground-theoretic principles to show that non-reductive physicalists in particular face pressure to accept strong supervenience. The second part then argues that non-reductive physicalists cannot resist the argument just by making the standard analogous move in meta-ethics, namely, rejecting that intensionally equivalent properties are identical. We are thus left, as non-reductive physicalists, with a kind of antinomy: there is pressure for non-reductive physicalists to accept strong supervenience, and yet simultaneously it is manifest that they cannot. The rest of the paper thus considers options for responding. The third part of the paper considers one way out, but which is ultimately rejected, whereby this involves bringing in distinct, sui generis grounding relations, and in particular, arguing that the physical is “physically grounded” as opposed to “metaphysically grounded” in the mental, just as Fine (2012) and Bader (2017) think that the ethical is “normatively” grounded in the descriptive. The final part then develops my own positive proposal, namely, that we should hold, as non-reductive physicalists, that mental properties are metaphysically grounded in physical properties in accordance with contingent metaphysical laws, whereby this allows us to reject strong supervenience in a  plausible manner. One interesting result here is that we end up with an independent reason to allow that zombies are metaphysically possible; thus we have a way to diffuse what is widely held as one of the major arguments against as physicalist position. Additionally, we also get the interesting conclusion that some grounding relations hold of necessity whereas others hold contingently, whereby this traces to the fact that some grounding laws are world-invariant whereas others are not. The paper thus also intervenes in the more general, ongoing ground-theoretical dispute between “grounding necessitists” and grounding contingentists”.

This is a visiting speaker seminar that will be hosted online via Zoom. All of those wishing to attend should email one of the convenors below in order to register attendance. This can also be done via the event website.