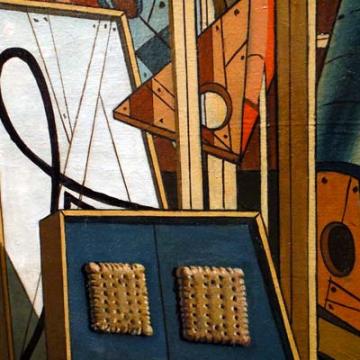 Topic: How Fine-Grained is Reality?

Reading: Jeremy Goodman – Reality is Not Structured (forthcoming in Analysis)

The identity predicate can be defined using second-order quantification: a 1⁄4 b 1⁄4 df 8FðFa $ FbÞ. Less familiarly, a dyadic sentential operator analogous to the identity predicate can be defined using third-order quantification: ’ 1⁄4 df 8XðX’ $ X Þ, where X is a variable of the same syntactic type as a monadic sentential operator. With this notion in view, it is natural to ask after general principles governing its application. More grandiosely, how fine-grained is reality?

I will argue that reality is not structured in anything like the way that the sentences we use to talk about it are structured. I do so by formulating a higher-order analogue of Russell’s paradox of structured propositions. I then relate this argument to the Frege-Russell correspondence. When confronted with the alleged paradox, Frege agreed that reality was not structured, but maintained that propositions (i.e. thoughts) were structured all the same. Russell replied that his paradox showed Frege’s theory of structured thoughts to be inconsistent, to which Frege replied that Russell’s argument failed to heed the distinction between sense and reference. Most recent commentators have sided with Russell. In defense of Frege, I establish the consistency of one version of his rejoinder. I then consider and reject some ways of resisting the argument against a structured conception of reality. I conclude that, if propositions are structured, this is because they correspond not to distinctions in reality, but rather to ways in which those distinctions can be represented.

Part of: The MLE Seminar on OxTalks