Nietzsche on Mind and Nature 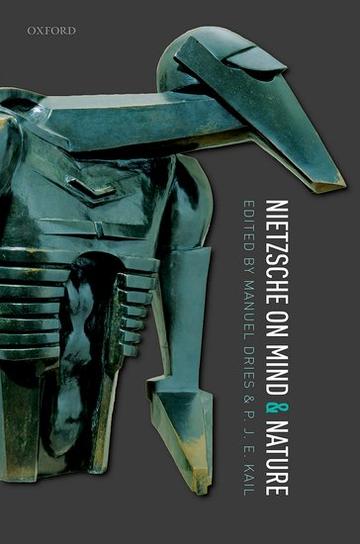 This volume presents new essays exploring important aspects of Nietzsche's philosophy in connection with two major themes: mind and nature. A team of leading experts address questions including: What is Nietzsche's conception of mind? How does mind relate with the (rest of) nature? And what is Nietzsche's conception of nature? They all express the thought that Nietzsche's views on these matters are of great philosophical value, either because those views are consonant with contemporary thinking to a greater or lesser extent or because they represent a rich alternative to contemporary attitudes. The essays engage with Nietzsche's metaphysics; his philosophy of mind in light of contemporary views; the question of panpsychism in Beyond Good and Evil 36; the rejection of dualism in favour of monism (in particular a monism of value); Nietzsche's positions on consciousness and embodied cognition in light of recent cognitive science; a conception of freedom and agency based on an intrinsically motivating; embodied sense of self-efficacy; a Nietzschean account of valuing understood as drive-induced affective orientations of which an agent approves; the idea of ressentiment conceived as a process of intentional, not reflectively strategic, self-deception about one's own conscious mental states; and a defence of a Nietzschean naturalism.