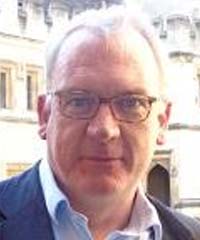 Senior Research Fellow, All Souls College, Oxford (from 2016 to present)

Professor of Philosophy, University of Birmingham (from 2013 to 2016)

Professor of Philosophy, Birkbeck College, University of London (from 2005 to 2013)

Fellow and Tutor in Philosophy, University College, Oxford (from 1998 to 2005)

Assistant Professor of Philosophy, University of Michigan (from 1993 to 1998)

Junior Research Fellow in Philosophy, Balliol College, Oxford (from 1989 to 1992)

The Boundary Stones of Thought: An Essay in the Philosophy of Logic (Clarendon Press, 2015/paperback 2017)

‘Neo-Fregeanism and the Burali-Forti Paradox’. In I. Fred-Rivera and J. Leech, eds., Being Necessary: Themes of Ontology and Modality from the Work of Bob Hale (Oxford University Press, 2018), pp.188-223

‘Truth’. Forthcoming in Oxford Studies in the Philosophy of Language, vol. 1

My current research is in the philosophy of language. I want to reconsider the general relationship between truth and meaning, a central theme of philosophy from the 1960s until the 1980s, but one which has fallen into abeyance since. My approach is to explicate meaning in terms of its connections with belief and action and then to explain truth in terms of meaning (thereby reversing the predominant order of explanation). This approach casts new light on such diverse topics as the semantic paradoxes and the special characteristics of mathematical discourse.