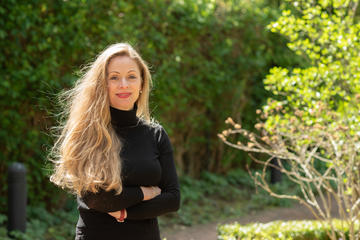 I received my PhD from the Sage School of Philosophy at Cornell University, where I wrote a dissertation under the supervision of Terry Irwin (2006). My first academic appointment after Cornell was in Canada. I came to Western University as an Assistant Professor in the fall of 2005, and was tenured and promoted to Associate Professor in July 2012. I spent the 2012-13 academic year on sabbatical leave in Oxford, where I was Visiting Scholar at Corpus Christi College in Michaelmas term. I have also taught at St. Catherine’s College, Oxford. In the 2007/8 academic year, I held a Lectureship in the Faculty of Philosophy at Cambridge University and a Temporary Lectureship at Trinity College, Cambridge. Before arriving at Cornell on a Fulbright Fellowship in 2000, I was a lecturer in the Department of Philosophy at the Norwegian University of Science and Technology in my native city Trondheim, where I earned Cand. mag. (B.A.-equivalent) and Cand. philol. (M.A.- equivalent) degrees in the late 90’s.

I have served as Graduate Officer for Women in the Faculty of Philosophy from 2013-2016, as well as on a range of committees in the Faculty and at Somerville College.

“The Constitution of the Soul – Aristotle on Lack of Deliberative Authority”, Classical Quarterly, 65.2, 2015.

"Vice in the Nicomachean Ethics"

“Deliberation and Decision in the Magna Moralia, Eudemian and Nicomachean Ethics”

“Aristotle” (in Timpe, Griffith and Levy (eds.), The Routledge Companion to Free Will(Routledge, 2015).

“Spicy Food as Cause of Death: Conditional and Unconditional Necessity in Metaphysics 6.3”, conference on “Actions and Passions in Ancient Greece” at the Maison Française d’Oxford, May 8-9, 2015 organised by Catherine Darbo, Carlo Natali and Cristina Viano.

“Mental Health and Ancient Philosophy: Aristotle on Moral Injury”, at the Oxford Summer School in Philosophy and Psychiatry in July 23-24 2015 (session organised with Chris Megone)

A note on my name: I sign with both my first names (“Karen Margrethe”), and prefer that all three names appear in writing. Oxford email doesn’t recognise Scandinavian naming practices, so my email address leaves out my second first name. If you find the cluster of consonants in “Margrethe” hard to pronounce, I’m fine with “Karen”!