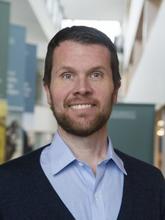 Dr Parrott’s research explores topics that are central to the philosophy of mind, and also engages with issues in contemporary philosophy of cognitive science and philosophy of psychiatry. In addition, he has broader research interests in questions concerning self-consciousness and self-reference, perceptual knowledge, the nature of scientific explanations, and the philosophy of David Hume. Currently, Dr Parrott is developing two complementary research projects.  The first concerns our knowledge of mentality and examines philosophical questions that concern both self-knowledge and our knowledge of others’ minds.  The second project considers the nature of delusional thinking and explores the question of how it can shed light on ways that individuals form beliefs about the world.