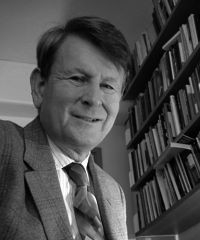 Roger Trigg is Emeritus Professor of Philosophy at the University of Warwick. From 2007-11 he was co-Director of a project, jointly with the Faculty of Anthropology, on the cognitive science of religion (The Roots of Religion: Exploring the Cognitive Science of Religion, Routledge, 2014, ed Roger Trigg and Justin Barrett), based in the Ian Ramsey Centre. In 2006-7 he was Interim Director of the Centre. He was Founding President of the British Society for the Philosophy of Religion (1993-6), and more recently President of the European Society for Philosophy of Religion (2008-10). He was the first President of the British Philosophical Association in 2003-4. The author of many books on philosophy, one of his main targets over a long period has been philosophical relativism in its many forms. He is a Senior Research Fellow at the Ian Ramsey Centre for Science and Religion and was until recently Associate Scholar of the Religious Freedom project at the Berkley Center, of Georgetown University, Washington D.C.