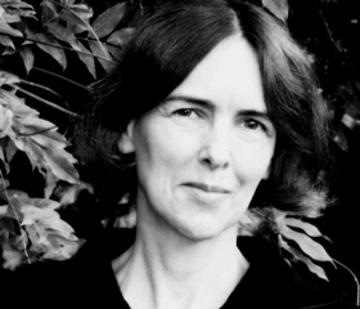 External link to papers with abstracts and work in progress

I currently work on three main projects, two in ancient logic and one in contemporary philosophy.

1. I aim to improve our understanding of Stoic logic by bringing out similarities and dissimilarities to contemporary logic. Stoic logic is a highly sophisticated system that covers a large variety of topics that are all still much discussed in present-day logic and philosophical logic. (i) Comparison of Stoic sequent logic with contemporary proof theory shows the Stoic system to be a relevance logic with backward proof search in Gentzen style, but with a number of significant dissimilarities. Analyticity of the Stoic system can be shown and I am working now on the questions of efficiency and search-space reduction. (ii) Comparison with contemporary first-order logic suggests that Stoic logic contains the relevant elements required for a theory of multiple generality with a variable-free syntax. There are remarkable parallels to contemporary logic and linguistics. (This is a joint project.) (iii) Comparison with Frege’s philosophical work reveals a wide-ranging dependency on the Stoics that seems to border on plagiarism. This is corroborated by historical data. The results of my research on Stoic logic are to be published in a monograph and several articles.

2. The second, more historical, project traces hypothetical syllogistic from Aristotle to Boethius. I present evidence that in parallel to Stoic syllogistic, and repeatedly absorbing and appropriating some of its elements, there is a specific Post-Aristotelian hypothetical syllogistic. Its beginnings lie with Aristotle’s syllogisms from a hypothesis, and it develops in several stages via among others Theophrastus, Galen, Alexander of Aphrodisias, middle Platonists and late Platonists, in particular Ammonius’ school. Towards the end of antiquity, this late theory, along with various syncretic developments, enter the Middle Ages through Arabic, Byzantine Greek and early Medieval Latin texts. This project is designed to combine articles and a more substantial volume.

3. My main contemporary interest is in vagueness and the Sorites paradox. I argue that the Kripke-complete normal first-order extension QS4M+FIN of the modal logic S4M (= S4.1) is the logic that holds the key to a generic solution for the Sorites. To this end, I have introduced the notions (i) of columnar higher-order vagueness, which is defined by QS4M+FIN over a Sorites series, so that the clear is clearly clear and the borderline is borderline borderline; (ii) of semi-determinability, so that for any n something is clear if and only if it is n times clear and borderline if and only if it is n times borderline; and (iii) of borderline nestings, which labels the distribution of the objects of a Sorites series into extensionally non-overlapping non-empty classes, and contrasts with higher-order vagueness. QS4M+FIN is a modal companion to the super-intuitionistic logic QH+KF. The proposed logic of vagueness is thus stronger than intuitionistic logic and weaker than classical logic, where the latter point is however not provable. An empirically based combination of contextualism and assessment sensitivity is central to the solution for the Sorites and the theory of vagueness that comes with it.

4. In addition to these current main projects, I continue working on the question of determinism, freedom and moral responsibility and retain an interest in the semantic paradoxes, in feminist philosophy (and MAP generally), as well as in Kantian and neo-Kantian ethics.