If you have entries for the weekly Digest, they must be received by Wednesday, midday of the week before the event. Please send information to admin@philosophy.ox.ac.uk.

Unless otherwise stated, all events will take place in the Radcliffe Humanities Building on Woodstock Road, OX2 6GG. 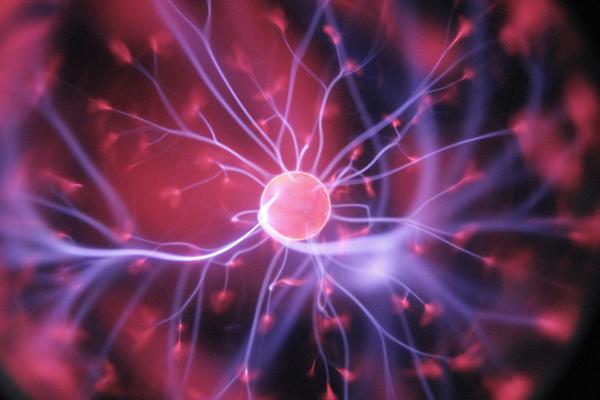 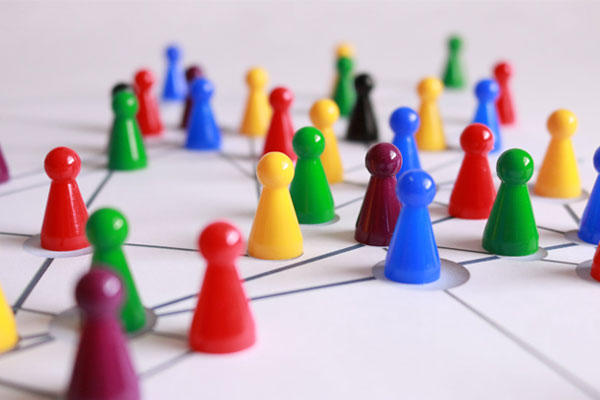 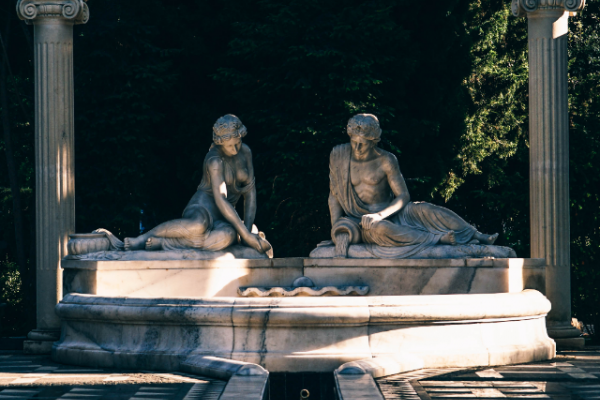 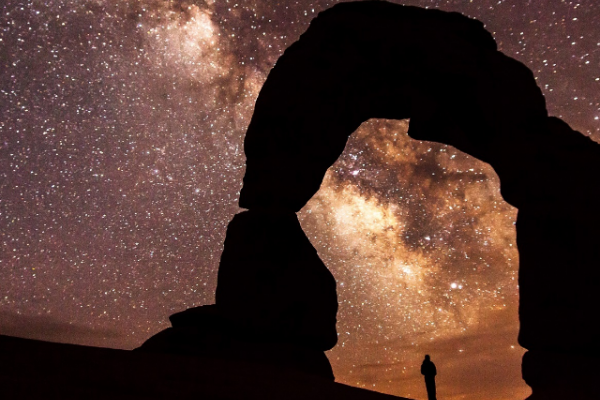 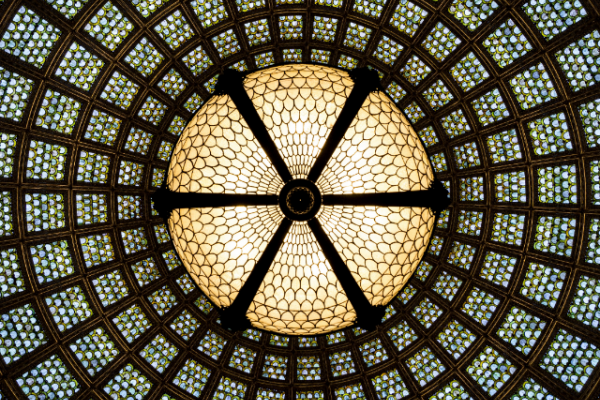 Notices - other Philosophy events, including those taking place elsewhere in the university and beyond

The reading group will be pre-read - here is a list of possible readings.

If you'd like to attend, please fill out this form.

If you're interested in leading the discussion on some days (on a paper of your choice), state this on the form. Please also email kevindorst@pitt.edu when you sign up.

The reading group meets weekly to discuss Global Priorities Research, and most papers we’ll read are from the Global Priorities Institute. To be added to the mailing list, please email: petra.kosonen@worc.ox.ac.uk. This event is organized by Effective Altruism Oxford.

Speaker: Mr Mike Radford OBE (School of Law at the University of Aberdeen).

Mr Radford is a leader in the animal law field, having been awarded an OBE in 2008 for services to animal welfare law, and has recently presented evidence before the UK Parliament with respect to animal sentience and the use of wild animals in circuses. Mike will be discussing the history of the animal law field, what he perceives to be the future trends for the field, and about his experiences working in the field. Food and refreshments will be provided.

Further information about ALDG can be found on our webpage: https://www.law.ox.ac.uk/content/animal-law-discussion-group. If you would like to join the ALDG mailing list, please email animallawdiscussiongroup-subscribe@maillist.ox.ac.uk. If you have any questions about the ALDG then please contact our co-convenors, Anne Lansink (anna.lansink@law.ox.ac.uk) and Robyn Trigg (robyn.trigg@law.ox.ac.uk).

In his recent book, Galileo’s Error, Philip Goff defends panpsychism, the view, roughly, that even fundamental particles are in some sense conscious, so that reality is permeated with mentality. This event is a debate between Philip Goff and Alex Moran about panpsychism, the naive realist view of perception and external reality, and a cluster of related issues.

As Goff observes in Galileo’s Error, while panpsychism is widely met with incredulity, it constitutes a widely neglected, but nonetheless very important, option for dealing with the so-called “mind-body problem”. What exactly is the mind-body problem? On the one hand, physics appears to show that reality is fundamentally quantitative. On the other hand, conscious experience seems to be distinctively qualitative. So, the problem can be thought of in the form of a challenge: how can we account for the qualitative properties involved in consciousness given that physics reveals our world to be fundamentally quantitative?

There will also be discussion of some more general questions relating to panpsychism and to Goff’s recent defence of it in Galileo’s Error. For instance, the speakers will also consider the well-known “combination problem” for panpsychism, as well as the claim, which is a central thesis of Galileo’s Error, that panpsychism should be taken just as seriously as the two much more standard options, namely dualism and materialism, for responding to the mind-body problem.

Further information: There will be wine both before and after the debate. Additionally, attendees are welcome to come along for drinks and dinner afterwards. To sign up for dinner, please contact Alex Moran at alexander.moran@philosophy.ox.ac.uk

The South Asian Philosophy Reading Group meets Wednesdays odd weeks (no meeting week 1) to read and discuss a short selection from a work by a philosopher of South Asia, ancient or contemporary. HT 2020 will continue our focus on philosophers who worked in the field of aesthetics branching into related issues in social philosophy, ethics, and perception. We will read in tandem literature and criticism from the period and from the contemporary era that reflects on these issues. Questions which concerned the ancient thinkers whom we will read include: Is there false aesthetic experience, illusory beauty? What does aesthetic rapture reveal about ourselves, the world, and the divine? How do we experience and come to accept social inequality? All faculty, graduate, and undergraduate students are welcome— no prior knowledge necessary. Find readings at https://southasianphilosophyreadinggroup.wordpress.com.

Some disciplines are in the business of telling us what is. Physics, for instance, seems to be a case in point. By contrast, other disciplines such as ethics, jurisprudence and, in the eyes of many, epistemology are normative disciplines. They are characterized by the fact that they concern themselves with normatively assessable subject matters (forms of behavior, practices, actions or mental states) and they essentially involve normative concepts.

According to one story, logic too should be grouped with these normative disciplines. However, in recent years a counternarrative has gained currency. It denies that logic is normative. Metalogical statements do not in and of themselves have any implications as to how we ought to think. Inasmuch as there are plausible implications of this kind, they must have their source in additional, non-logical principles, which together with logical principles give rise to them. As the counternarrative takes pains to emphasize, the same is true of virtually any discipline, including paradigmatically descriptive ones. Hence, logic enjoys no special normative status---the traditional story is revealed to be a myth.

In this paper, I probe the counternarrative and argue that it begs the question because it presupposes that logic, by its very nature, is concerned with a non-normative subject matter. Rather than adopting a contrary position, I suggest we ought to be pluralists about the subject matter of logic---a pluralism that is orthogonal to standard forms of logical pluralism. My proposed meta-pluralism about logic allows us to treat logic as a formal model, which much like, say, decision theory may have both descriptive and normative applications. I close by developing the notion of logic as a normative model.

Florian Steinberger is a senior lecturer in the Department of Philosophy at Birkbeck College, University of London. Florian was educated at the University of Paris, Panthéon-Sorbonne where he took a Maîtrise in philosophy and in mathematical logic. He then crossed the Channel to pursue graduate work at the University of Cambridge under the supervision of Michael Potter where he received his Ph.D. in 2009.

Entry is free for members, £3 for non-members. Membership of the society can be purchased - cash or card - at the door of any of our events. If you have any questions then feel free to contact us on Facebook!

A pre-read weekly reading and discussion group on recent work in epistemology, for graduate students and faculty, sometimes with work-in-progress talks. Contact Nick Hughes (nick.hughes@philosophy.ox.ac.uk) or Bernhard Salow (bernhard.salow@magd.ox.ac.uk) to be added to the mailing list.

Both Tom Stoneham and John Campbell have suggested that naive realism might solve the hard problem of consciousness, I take the hard problem to have two particular features which the knowledge argument and the conceivability argument respectively help to bring out. The knowledge argument has been taken to imply that there are qualities internally related to experience and metaphysically independent of the objects they are normally taken to be qualities of which are not themselves physical qualities. The conceivability argument has been taken to imply that there is an invisibility and/or privacy of experience which again is contrary to our understanding of the physical. This is not to claim that either argument if valid. Only that this is the conception of the hard problem which seems to emerge out of them. Naive realism, on the other hand, claims that the qualities that have been taken to be internally related to experience and private are in fact the qualities of physical objects and are publicly available and sharable. As such there are no qualities internal to experience and independent of the objects they are normally taken to be qualities of that have to be accounted for in terms of, for example, brain states and there is no fundamental problem of other minds, which underpins the philosophical zombie thought experiment, as we can make perfect sense of other minds sharing the objects of our own experiences. However, placing the visible qualities of objects that are available to perceptual experience in the objects themselves, as I think they should be, raises the question of what the relation is of perceptual experience to such visible qualities and the objects they are qualities of. Whether or not the relation is in some sense causal, it also seems to be an internal relation as the naive realist view is that the perceptual experience of objects and their visible qualities is an asymmetric internal relation. The objects and their visible qualities are partly constitutive of the perceptual experience itself but are not themselves constituted by that relation. That internal relation raises metaphysical questions about how that might be compatible with a physical base which is identical with or constitutes or at least enables perceptual experience to take place. Moreover, although naive realism is very clear that the objects and their visible qualities are public and sharable, they are present to, in perceptual experience, a subject. And that presence to a subject is itself invisible from a third person perspective or, in other words, metaphysically private, thereby seemingly justifying the philosophical zombie intuition. For these reasons, I believe the claim that naive realism can solve the hard problem of consciousness is at least premature as naive realism seems to raise some profound metaphysical questions about its relation to the physical that have yet to be resolved.

Further information: Attendees are welcome to come along for drinks and dinner after the talk. Those interested in signing up for dinner should email Alex Moran at alexander.moran@philosophy.ox.ac.uk

This critical discussion group is an opportunity to learn about and discuss crucial methods and topics that you can't find on the philosophy syllabus.

We shall continue reading the Phenomenology of Spirit.

A seminar organised by the TORCH 'Image and Thought' Network to discuss Plato's ambiguous relationship with images. Taking an interdisciplinary approach, we will consider the matter both from a theoretical perspective and from a historical one, exploring how far his positions depended from his take on the visual art of his time.

You can find more details on the network's website: https://torch.ox.ac.uk/event/relooking-at-plato-on-images

If you would like to take part in the seminar, please email iat@torch.ox.ac.uk by Monday 17 February, specifying whether you would like to stay for dinner as well and if so whether you have any dietary requirements (unfortunately, however, we won't be able to subsidize dinner for the non-speakers).