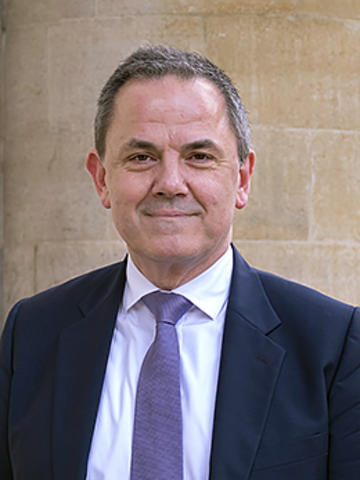 A team of seven philosophers has been appointed as the first academic team for Oxford University’s Institute for Ethics in AI.

Professor John Tasioulas will become the inaugural Director of the Institute in October, joining from King’s College London where he is Director of the Yeoh Tiong Lay Centre for Politics, Philosophy and Law.

The Institute was announced last June as part of a £150m gift from Stephen A. Schwarzman, who is Chairman, CEO and Co-founder of Blackstone, one of the world’s leading investment firms. It will be part of the Philosophy Faculty and based in the Stephen A. Schwarzman Centre for the Humanities at Oxford University.

The Institute aims to tackle major ethical challenges posed by AI, from face recognition to voter profiling, brain machine interfaces to weaponised drones, and the ongoing discourse about how AI will impact employment on a global scale. The Schwarzman Centre will house Oxford's Humanities disciplines together for the first time in the University’s history, and the Institute will benefit from collaboration with these disciplines.

The team will initially comprise: