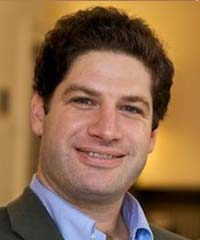 Before moving to Oxford in 2008, I worked for two years as an Assistant Professor in the Department of Philosophy at California Polytechnic State University, San Luis Obispo, located on the central coast of my home state.

Horizons of Intentionality: From Husserl to Heidegger, (monograph in progress)

I am interested in the philosophy of mind, on the one hand, and Post-Kantian European Philosophy, especially the phenomenological tradition, on the other. I also have a strong interest in Kant and German Idealism.

I am currently finishing a book on intentionality, at once drawing on and offering a reading of the seminal writings of Husserl and (the “early”) Heidegger. I am also working on several other problems – e.g. the nature of self-consciousness; the historicity of conceptual schemes, and how best to understand conceptual change; the senses in which phenomenology is, and is not, a Kantian enterprise. I am also developing an interest in some issues in the philosophy of psychopathology, with a special interest in phenomenological and psychoanalytic approaches.