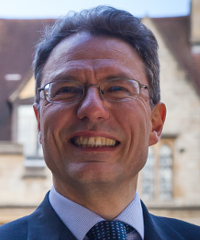 Luciano Floridi is the OII's Professor of Philosophy and Ethics of Information. Professor Floridi is a Professorial Fellow of Exeter College. He joined the Faculty of Philosophy in 1990 and then the Department of Computer Science in 1999. He was Junior Research Fellow and then Research Fellow of Wolfson College between 1990 and 2001. Until his new appointment, he was UNESCO Chair in Information and Computer Ethics at the University of Hertfordshire. In Oxford, he is also Distinguished Research Fellow of the Uehiro Centre for Practical Ethics and Research Associate and Fellow in Information Policy at the Department of Computer Science.