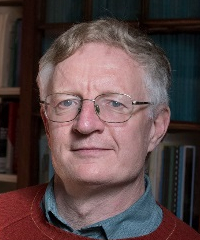 Timothy Williamson is married to a pianist, Ana Mladenović Williamson. His three children are Alice, Conrad and Arno.

'How did we get here from there? The transformation of analytic philosophy' (corrected 03.03.15)

'How deep is the distinction between a priori and a posteriori knowledge?'(added 12.12.2011)

'Stalnaker on the Interaction of Modality with Quantification and Identity' (added 02.02.2006)

'Probabilistic Anti-Luminosity' (deleted; see 'Why Epistemology Can't be Operationalized' above for new version)

'Can Cognition be Factorised into Internal and External Components?'

'Philosophical 'Intuitions' and Scepticism about Judgement

'Past the Linguistic Turn'

'Some computational constraints in epistemic logic'

'Sosa on abilities, concepts and externalism'